Vexve and Savosolar products are part of an award-winning hybrid energy system where solar heat is used to cut consumption surges at the bioenergy plant. The objective of the South Savo Energy Company (Etäla-Savon Energia) pilot project is to promote the use of renewable energy, improve the efficiency of the heating plant and increase the price competitiveness of district heating.

Etelä-Savon Energia (ESE), which operates in eastern Finland, is a highly efficient energy-supplier and producer. ESE already meets the requirements of the European Commission for the amount of renewable energy sources in energy production. Generating electricity, district heat and industrial steam for the town of Mikkeli, urban area and local industry, ESE is constantly looking for new and modern ways to generate energy.

Four years ago, the municipality of Ristiina with a population of 5000 joined the Mikkeli subregion. The ownership of Ristiina’s district heating plant transferred to ESE, who started the modernization of the area’s energy production. Previously most of Ristiina's households warmed their homes with oil or electricity. With the completion of a two-kilometer long district heating network in the spring of 2017, Ristiina’s urban area households and municipal buildings are now heated by two wood chip fired energy plants.

The aim of the Ristiina Pilot Project is to reduce the load on the bioenergy plant during the summer season, especially during the region’s peak demand periods, and to promote the use of renewable energy. Installation of solar collectors started as soon as the district heating network of Ristiina was completed.

If we go somewhat back in time, the idea of using solar heat originally came from the company's electricity side, where the use of solar energy had already delivered positive experiences. The idea began to mature seriously towards implementation when ESE won a competition for the daily services of a researcher from the Technical Research Centre of Finland (VTT).

"Modeling can be used to find out how various renewable energy sources fit into the district heating network, how to run the plant and how much energy storage is needed," explains VTT Researcher Elina Hakkarainen.

Hakkarainen sees that Finland's extensive district heating infrastructure has a big potential for the large-scale utilization of solar energy. According to her, Finnish district heating companies are also actively interested in network development and innovative solutions.

As well as modeling, additional experience was sought from Denmark, where the use of large solar collector systems has grown strongly in recent years. Along the way, a group of representatives from ESE, Sundial, VTT and Vexve became acquainted with the solar collector systems delivered by Savosolar to the Løgumkloster and Jelling Varmeværk district heating plants. These multiple source energy production heating plants each have over 15,000 m² solar thermal collector fields. Solar heat already covers about 20% of the annual district heating demand, but with system expansion and solar energy storage, their future goal is to reach up to 50-60%.

The Ristiina pilot is based on Finnish know-how

ESE trusts local suppliers for both their fuel purchases and other operations. For this reason, they also found it important to utilize Finnish expertise and high-quality products in the Ristiina project.

"We want to make long-lasting networks and heating solutions, therefore the products we use should be in line with that philosophy," says Auli Haapiainen-Liikanen, ESE's District Heating Manager.

The solar thermal pilot system was delivered by Savosolar, also located in Mikkeli. Savo-Solar collectors are used around the world and the company's flat collectors are the most powerful in the world. (Solar Keymark -certification).

"Our solar collectors are 10-20% more efficient than most competing collectors on the market, especially because of our absorber and coating technology. Using our technology we can make better use of solar radiation and, with the absorber structure, heat energy is transferred more efficiently to the heat transfer fluid," says Miika Kilgast, responsible for Savosolar's sales in Finland. 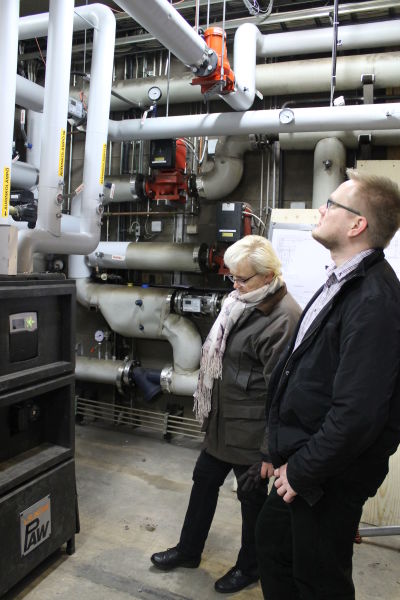 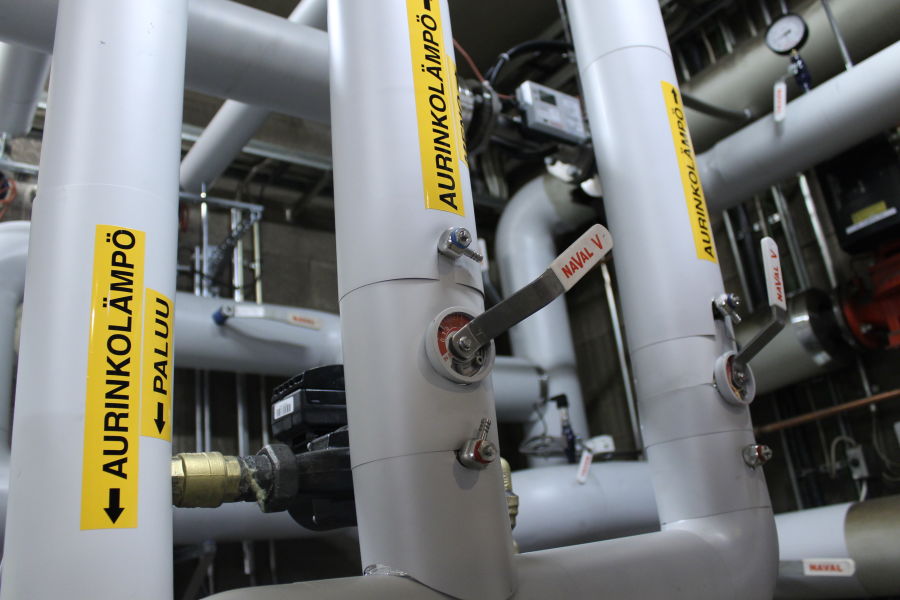 Solar collectors are the most visible part of Ristiina's solar thermal system, but the functional entity is built of many parts. ESE considered it important that even the smallest and partially hidden parts of the system were accurately defined in the planning of the Ristiina system.

"We understood the importance of this just recently. If for example, we do not specify exactly what products end up inside the district heating elements, there is a risk of low-quality components entering the system. We want to use products that we know and trust," says Haapiainen-Liikanen.

One of the reasons for choosing Vexve valves for the pilot project was ESE's good experience of the company's products and Vexve's own first-rate quality control. Naval-brand shut off and balancing valves manufactured by Vexve were selected to serve the solar thermal system throughout its life cycle.

Storage tank allows the use of solar heat during consumption peaks

"A solar collector system like Ristiina’s has minimal maintenance and operating expenses. The system's investment is mainly focused on the upfront cost of the acquisition," explains Kuokkanen about the positive aspects of solar heat.

The installation of the collectors carried out in Ristiina was exceptional because of the concrete base. Typically, solar collectors are installed on steel piles driven into the ground. 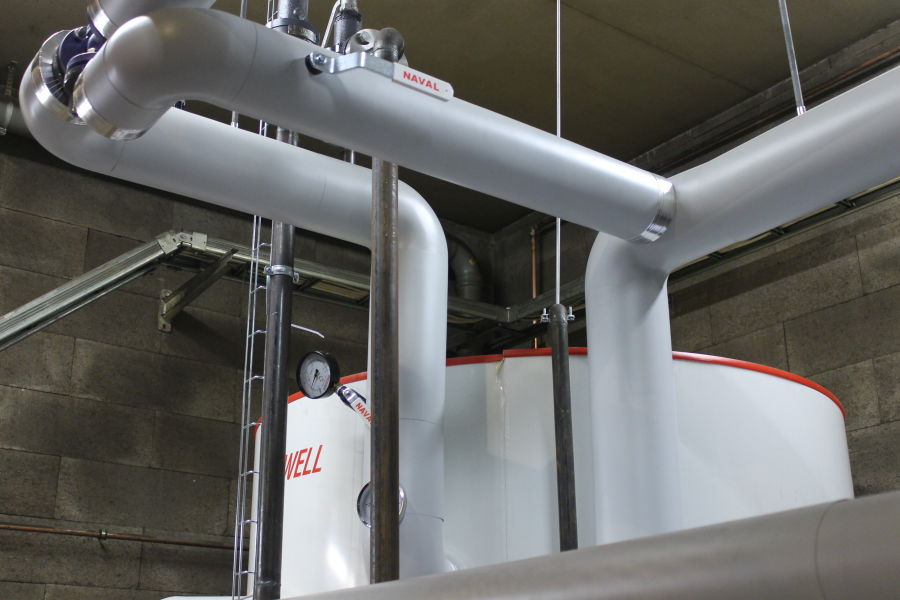 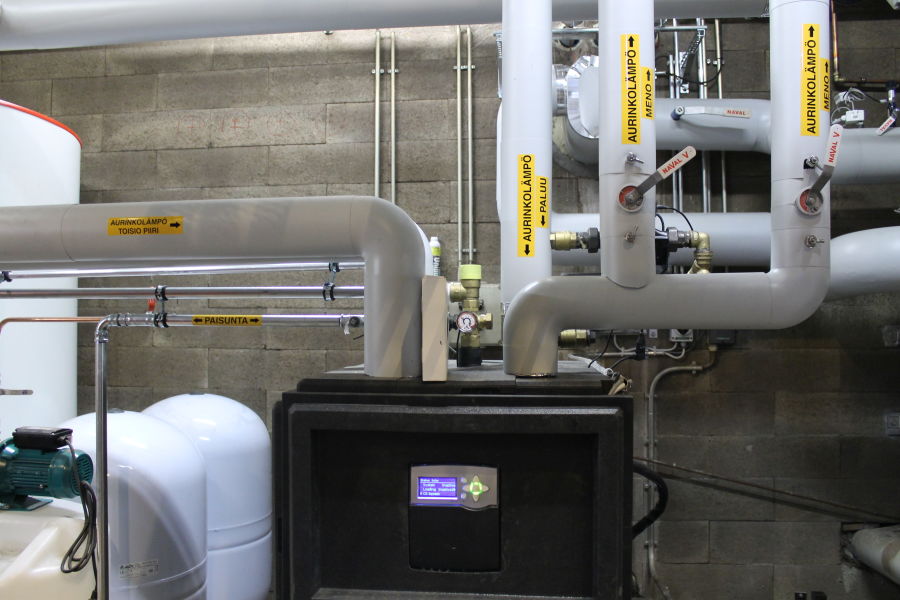 Collected solar energy is transferred via heat transfer fluid through an insulated pipeline to the bioenergy plant in the School Center, where a 3000-liter storage tank, pumping unit and control center are located. The compact system fitted well to the existing plant premises with no need for a separate building.

Thanks to the storage tank, solar heat can be driven to the district heating network when needed. In particular, the purpose is to cover the peak hour energy requirements of the of the nearby nursing home and health center during the summer season, so that the heating system itself can be run with better efficiency and even load. According to the calculations, however, the energy is more than sufficient in the summer on its own.

"In the summer, much more energy comes from the sun than required during peak hours for hot water heating. The advantage of the storage tank is that it allows the heat to be discharged to the network itself. The Ristiina district heating network volume is 3.5 times that of the storage tank. The district heating network can be used in a way like an accumulator," says Haapiainen-Liikanen.

Ristiina's hybrid energy system has been in use for only six months but has already gained an award at European level in the Celsius City competition’s “Inspiring Solution" category.

Even though optimization of the system is still underway, encouraging results can already be seen. The transition from heating oil to the hybrid power system will save approximately 290,000 liters of oil during the first year. Solar heat accounts for up to 8% of this. The savings in fuel costs contribute to the competitiveness of district heating prices and in addition, reduces greenhouse gas emissions caused by heating oil.

In the future, Ristiina's solar thermal collector system aims to be automated. Additionally, there is still room for up to 50% more solar collectors at the school's heating plant site. Auli Haapiainen-Liikanen also does not rule out the possibility of using solar heat even more widely in the Mikkeli region in the future.

"The installation of large solar thermal collector systems in the city center has its own challenges, but I see the modern energy company has a duty to use new and innovative solutions that support sustainable development," decides Haapiainen-Liikanen.

The benefits of solar energy include environmental friendliness, ease of use, silence (for example compared to wind power) and connectivity to all heating modes. Despite this, solar energy is still a little used for heating in Europe. In 2012, only 1% of solar collectors were combined with district heating systems. In many European countries, increasing the use of solar heat is still largely dependent on state subsidies and regulations. In proportion to population, Europe's most active solar heat users are Austria, Greece, Germany and Denmark.

Especially in southern and central Europe solar heat can be utilized throughout the year, but solar heat can also be used in the northernmost countries with the right solutions. For example, the annual total solar radiation in southern and western Finland is of the same magnitude as Northern Germany. In northern Europe however, the peak of solar energy production is more concentrated in the summer season.

At best, solar heat is suitable for utilization in hybrid energy systems, where different heat sources produce energy supporting each other. The utilization of solar heat in district heating production is profitable, making it possible from spring to autumn to replace more expensive heat production methods. 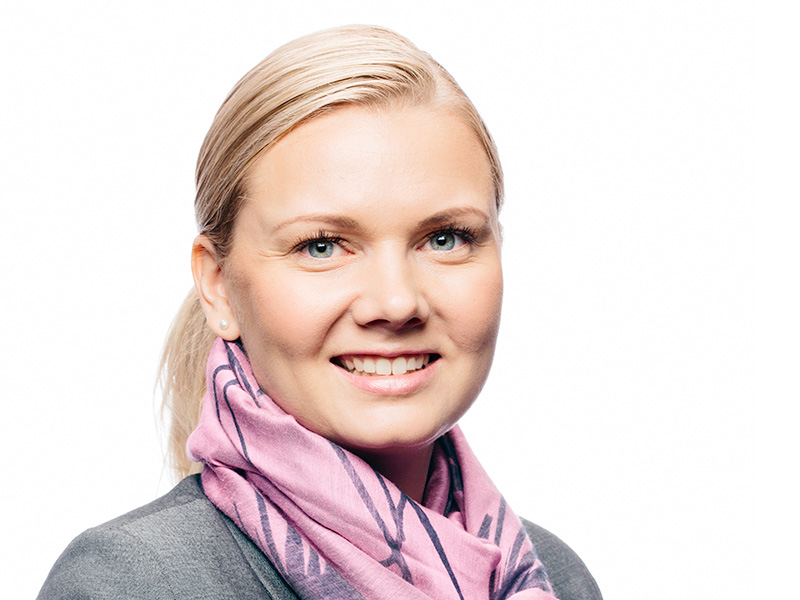 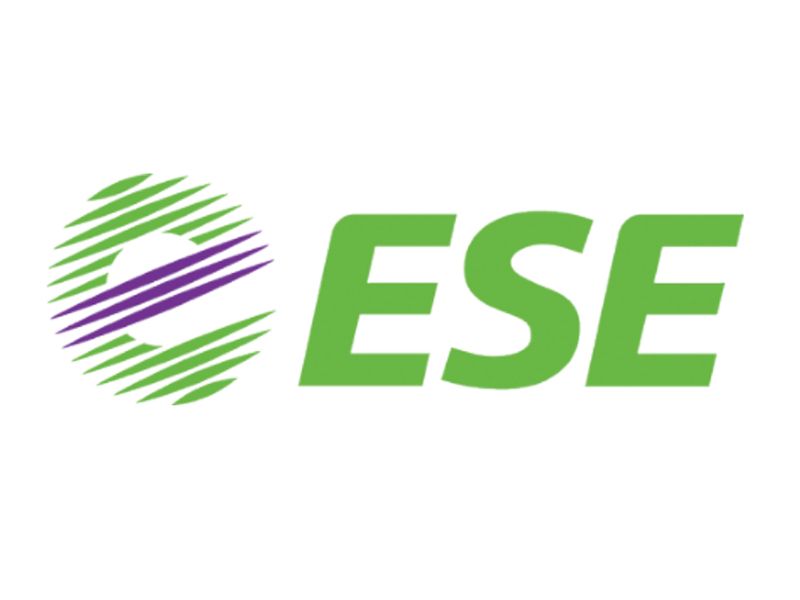