The factory extension of the biggest fish smoking plant in the Nordic countries was completed last year. Vexve's and Naval's shut-off and balancing valves are part of the energy-efficient heating and cooling system of food production.

Kalaneuvos Oy is the biggest fish smoking plant in the Nordic countries. Its headquarters and production plants are located in Sastamala, Finland. Last year, Kalaneuvos made a significant investment of EUR 28 million, which more than doubled the production facilities of the fish processing plant and at the same time, created about 30 new jobs. It is the goal of Kalaneuvos to significantly increase its business operations in the coming years and to increase its exports to Asia, among others.

"Environmental friendliness was a key consideration in the construction of the extension that was completed in 2019," says Production Manager Keijo Marjakoski.

Environmental friendliness was a key consideration in the construction of the extension that was completed in 2019. With the plant extension, Kalaneuvos deployed a new industrial central cooling system in which natural ammoniac is used as refrigerant. The efficiency of the central cooling system is up to a third better than in a decentralized system. In addition, it enables effective utilization of waste heat created in the cooling process using heat pumps.

Wood chips generated in the thinning of trees and final felling in nearby forests are utilized in heating office spaces, smoke ovens and water. The wood chip heating centre has been in use already since 2012.

"Even though the space was doubled and the number of smoke ovens is now 2,5 times that of the previous situation, the current wood chip heating centre is sufficient to produce our energy also in the future," Marjakoski reveals. 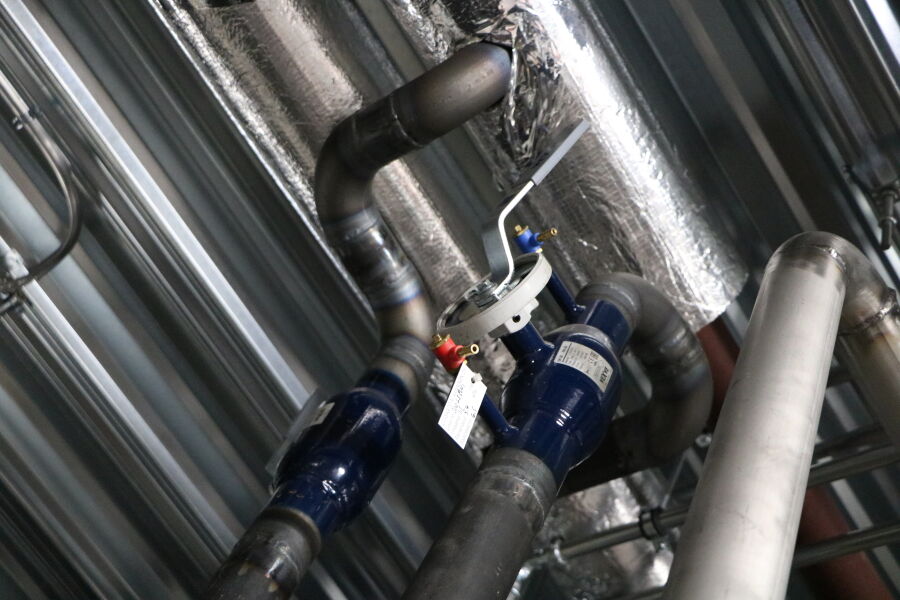 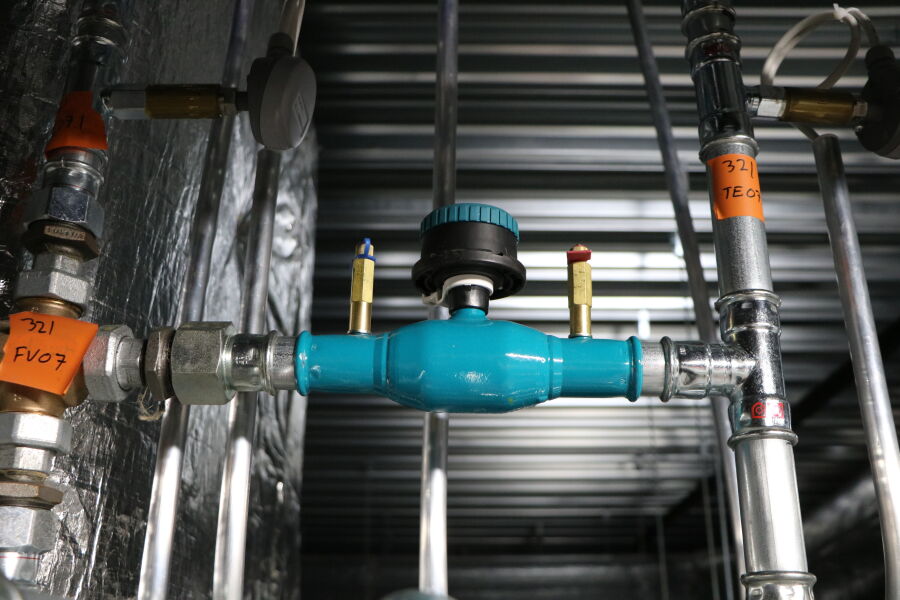 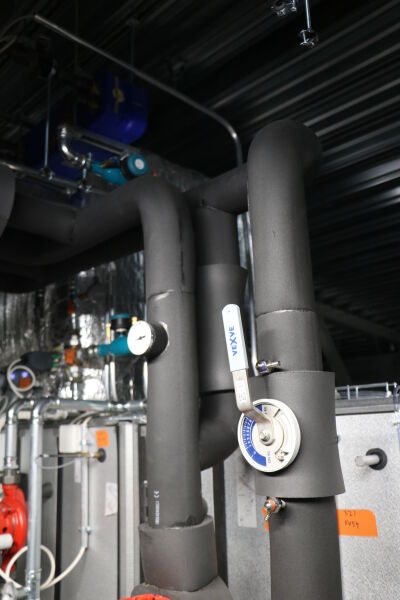 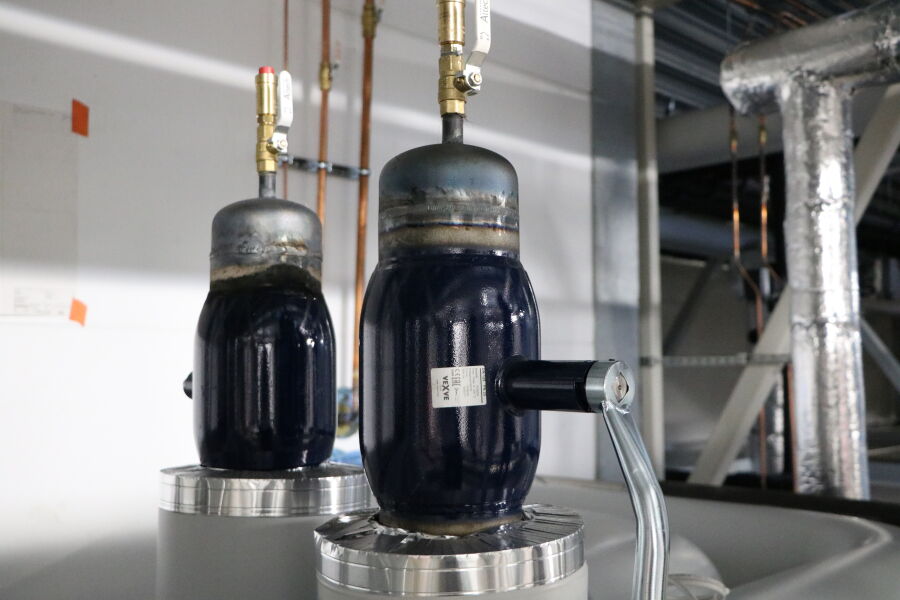 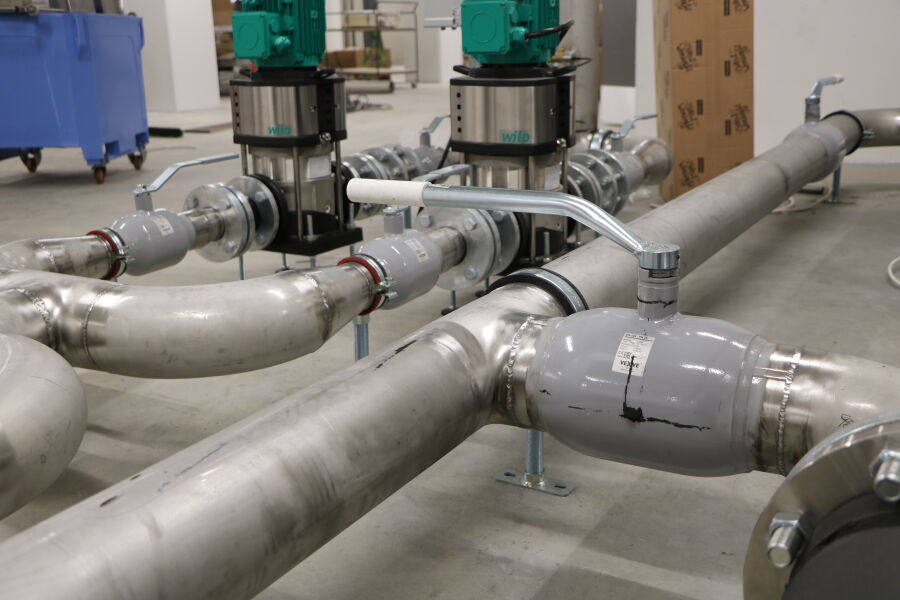 The heating and cooling system contractor responsible for the plant extension was Bravida Finland Oy, a company specialized in implementing smart and energy-efficient systems. The engine room is located on the second floor of the extension and it is 67 meters long.

"The project was challenging with regard to space, logistics and heating and cooling solutions. It required from us close collaboration with various parties, as well as different practical solutions," says the foreman of the project, Santtu Heiskanen.

"Vexve's and Naval's valves belong to the Bravida range, and they are our preference particularly when we need valves that can be welded. Vexve's valves are good and they work well," says Heiskanen.

"I noticed the new valves at the wholesaler and decided to try them out immediately. According to the technicians, they were handy and quick to install. The price is also competitive," concludes Heiskanen. 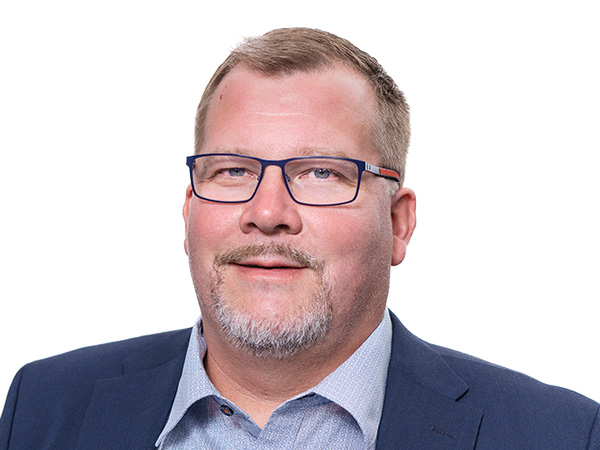