District heating business operators have established a national association, FinDHC ry (Finnish District Heating and Cooling Association). The Association will further enhance the reputation of district heat as a form of heating and will be actively involved in the debate on heating solutions. In addition, the association promotes the export of Finnish technology expertise and services related to district heating. 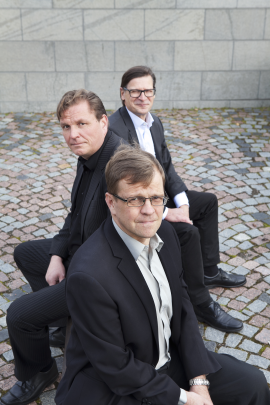 "It is important that customer decisions are based on correct and sufficient information about the most appropriate heating system for them," says member of the association board of directors, Matti Laukkanen, CEO of Hyvinkään Lämpövoima Oy.

"However, the industry has lacked a national body to take care of the long term image development, marketing and promotion of exports of district heating," says Imatran Lämmön Oy CEO Vesa-Pekka Vainikka, who was elected association chairman of the board.

"Vexve is honored to be endorsed together with our customers for district energy awareness," says Anna-Stina Boström, Vexve's Marketing and Communications Director.

There are about 150 district heating companies in Finland. Additionally, several hundred contractors as well as equipment and service suppliers work in the area. The association is intended for all operators wanting to actively develop the district heating sector.

The Finnish Energy association (Energiateollisuus ry) will continue to represent the interests of the district heating sector. FinDHC will work in close cooperation with Finnish Energy.

Vexve’s membership and the association: